This Victorian cemetery, dated from 1839, is divided into two parts, known as the East Cemetery and the West Cemetery. Situated in the London Borough of Camden, it is run by a charity, the Friends of Highgate Cemetery Trust since 1981.

This part of the cemetery was extended in 1854 due to the high success of the former cemetery and therefore, 20 more acres were added to the 17 acres of the so-called West Cemetery. They are divided by Swains’ Lane, one entrance nearly facing the other, although connected by a tunnel.

The admission price for adults is £4.

Undoubtedly the most famous interment in Highgate Cemetery is in the East Cemetery and is that of the German philosopher Karl Marx (1818-1883). His tomb is reckoned to be amongst the most visited in London. 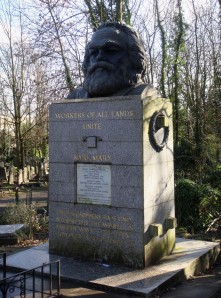 A little message from one of his many followers…

Some personalities also buried in this cemetery are the English scientist Michael Faraday, who died in 1867 and Charles Dickens’ relatives, amongst others.

To visit the West Cemetery, you need to book a guided tour in advance, online or over the phone, which lasts 90 minutes approximately. It currently costs £12 and includes the entrance to the East Cemetery and a map. Nowadays, there is a daily tour from Monday to Friday at 1.45pm and several tours during the weekend, from 11am to 4pm.

The cemetery inexplicably prohibits everyone from displaying any photographs taken on this part of the cemetery. 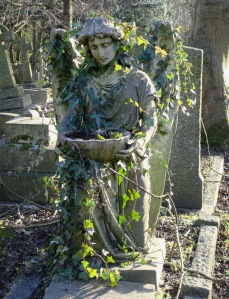 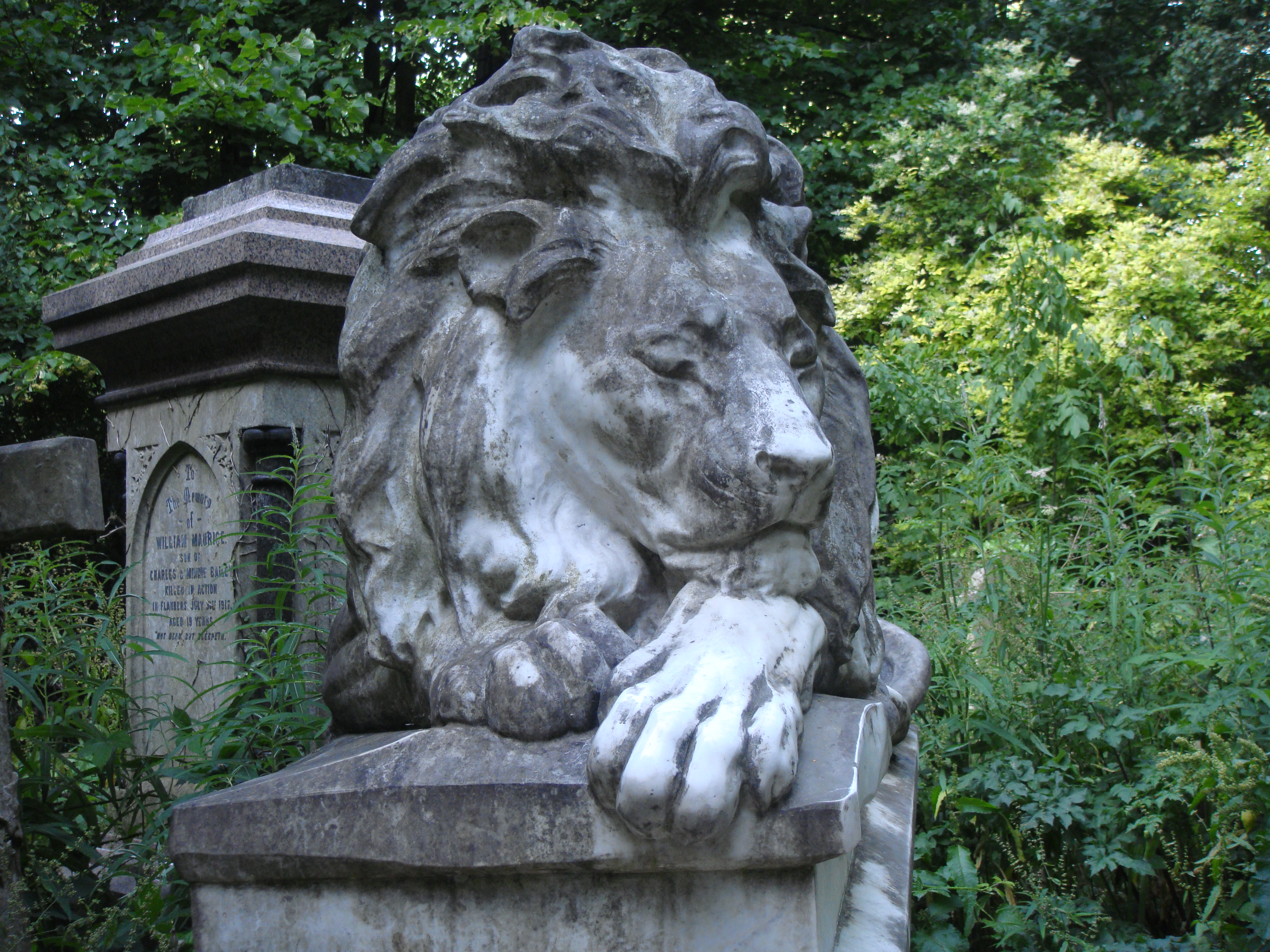 "Cowards die many times before their deaths;
The valiant never taste of death but once.
Of all the wonders that I yet have heard,
it seems to me most strange that men should fear; Seeing that death, a necessary end,
will come when it will come."

© 2013 The Ivy Castle & Fitzroy Chevalier unauthorized use and/or duplication of these pictures without express and written permission from this blog’s author is strictly prohibited. Excerpts and links may be used, provided that full and clear credit is given to The Ivy Castle & Fitzroy Chevalier with specific direction to the original content.
Loading Comments...
Comment
×
<span>%d</span> bloggers like this: